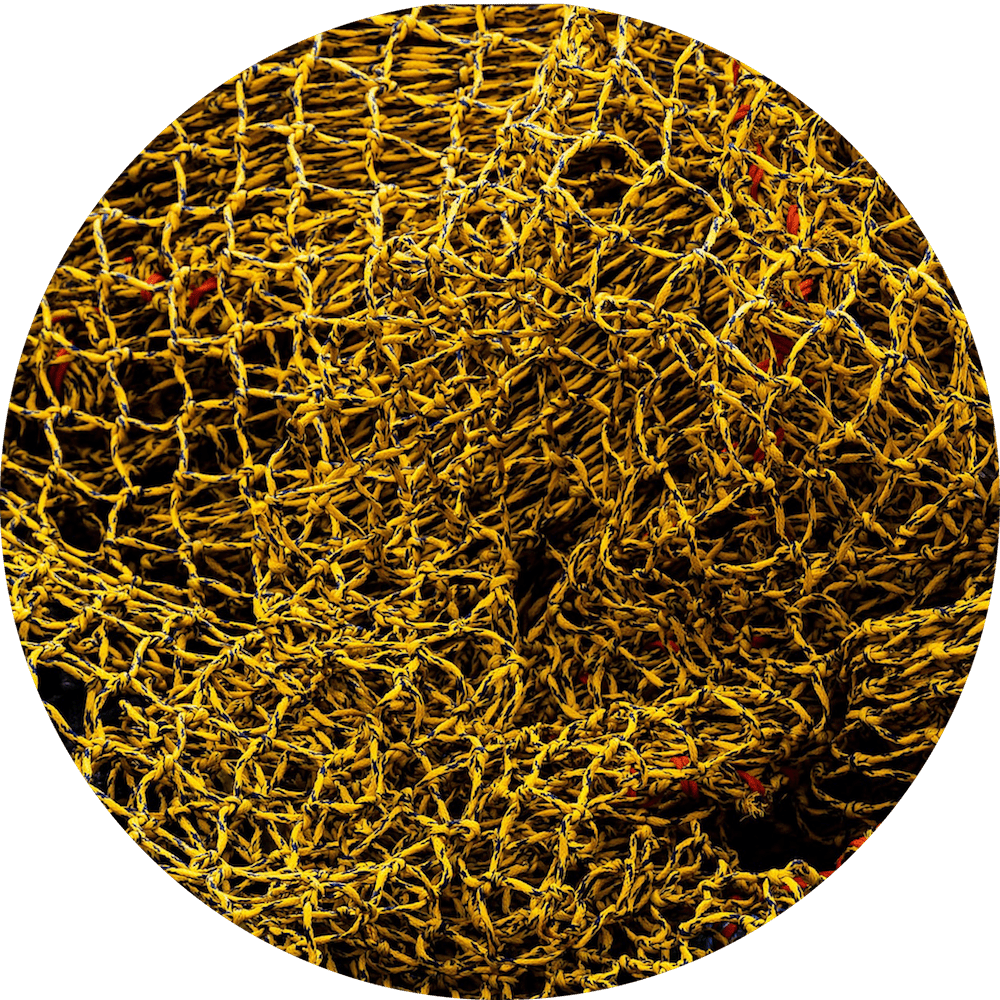 Kilbirnie has been inhabited since at least the Bronze Age. In the late 1800s, as a result of furnace slag being dumped into Kilbirnie Loch and changing water levels, the remains of a crannog (artificial islands used as dwellings) and 4 logboats (dugout canoes) were revealed. These are believed to be from between 3000BCE and 700BCE.

Kilbirnie also has religious roots. The parish was historically held by Kilwinning Abbey and it takes its name from the term ‘Kil’ meaning a church and ‘Birnie’ referencing the saint of the parish. The name links directly to Kilbirnie Auld Kirk; one of the oldest churches still in use in Scotland, established in the early 1100s.

The parish of Kilbirnie was originally divided into the baronies of Kilbirnie, Glengarnock, and Ladyland; each with its own castle. Glengarnock Castle is now a beautiful fortified ruin that can be reached by walking upstream along the River Garnock, north of Kilbirnie.The castle structure dates from the 1400s and fell out of use in the 18th century. The ruins were stabilised following a severe storm in the late 1830s. The name Glengarnock - which is now the place name for a small village on the edge of Kilbirnie Loch - takes its name from the ravine where this castle was built at the river banks.

Kilbirnie Castle or Kilbirnie Place was the seat of the barony of Kilbirnie. Its earliest known residents in the late 1300s were the Barclays, related to the Barclays of Ardrossan Castle. The historic tower of the keep was built in the 1400s by the Crawford family, with other parts dates from the 1620s, and included a spectacular designed landscape including a ‘grand avenue’. Most of the castle was destroyed in a fire in 1757 leaving behind the remains of its gardens, orchard, and avenues.

Ladyland Castle, built around 1609, and belonging to the barony of Ladyland, is also a ruin today. However the impressive Ladyland House designed by David Hamilton in 1816 survives. 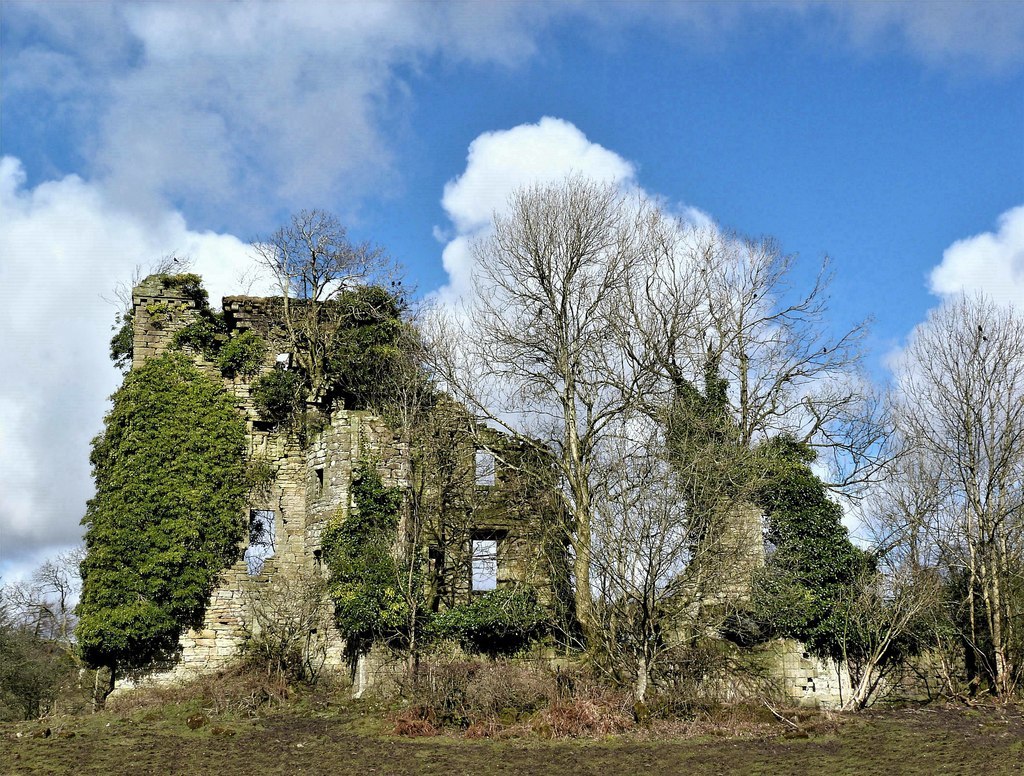 The town itself didn’t extend beyond a cluster of houses until the late 1700s when flax and weaving first emerged. During the 1800s the town became busy with flax-spinning mills, linen-thread mills, wincey factories, fishing-net factories and rope-works, making winceys, ginghams, woollen shirtings, flannels, linen thread, linen yarn, ropes, and fishing nets. Across the region, agriculture focused on the production of oats, potatoes and flax, with mill owners paying for the flax seed. 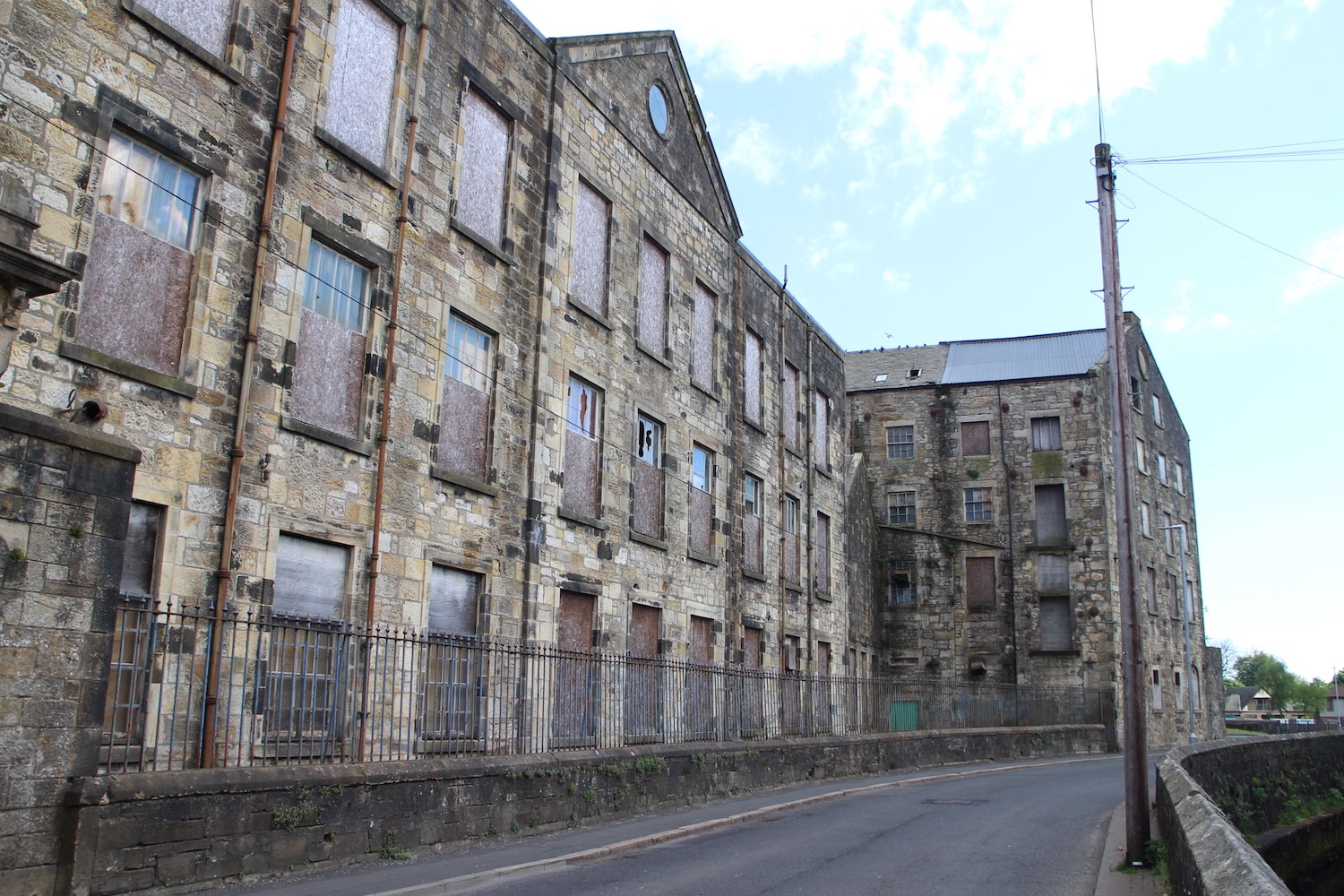 Stoneyholm Mill has been used as to produce cotton, spin flax and manufacture nets and twine

The W & J Knox Threadmills originally manufactured embroidery and lace making threads, milled with the power of the River Garnock. They became famous for nets made for the army and are still in operation today. As one of the largest employers at the time, the Knox family contributed greatly to the architecture and provision of civic facilities for their workers in the town. They built the Knox Institute, which housed Kilbirnie's first public library and an underground vault.

By the 19th and 20th centuries iron and steelmaking transformed the population of the town as workers came from across the country to work in the industries. The blast furnace of the Glengarnock Iron Works opened in 1841, owned first by Merry & Cunninghame, then by David Colville & Sons. It became part of the British Steel Corporation in 1967 until its closure in 1985. The works occupied an extensive plot of land on the banks of Kilbirnie Loch, and the iron and steel produced here was exported globally, putting Glengarnock on an international map.

Kilbirnie Station was in operation from 1905 to 1966, on the ‘Dalry and North Johnstone Line’ (also known as the Lochwinnoch Loop Line). 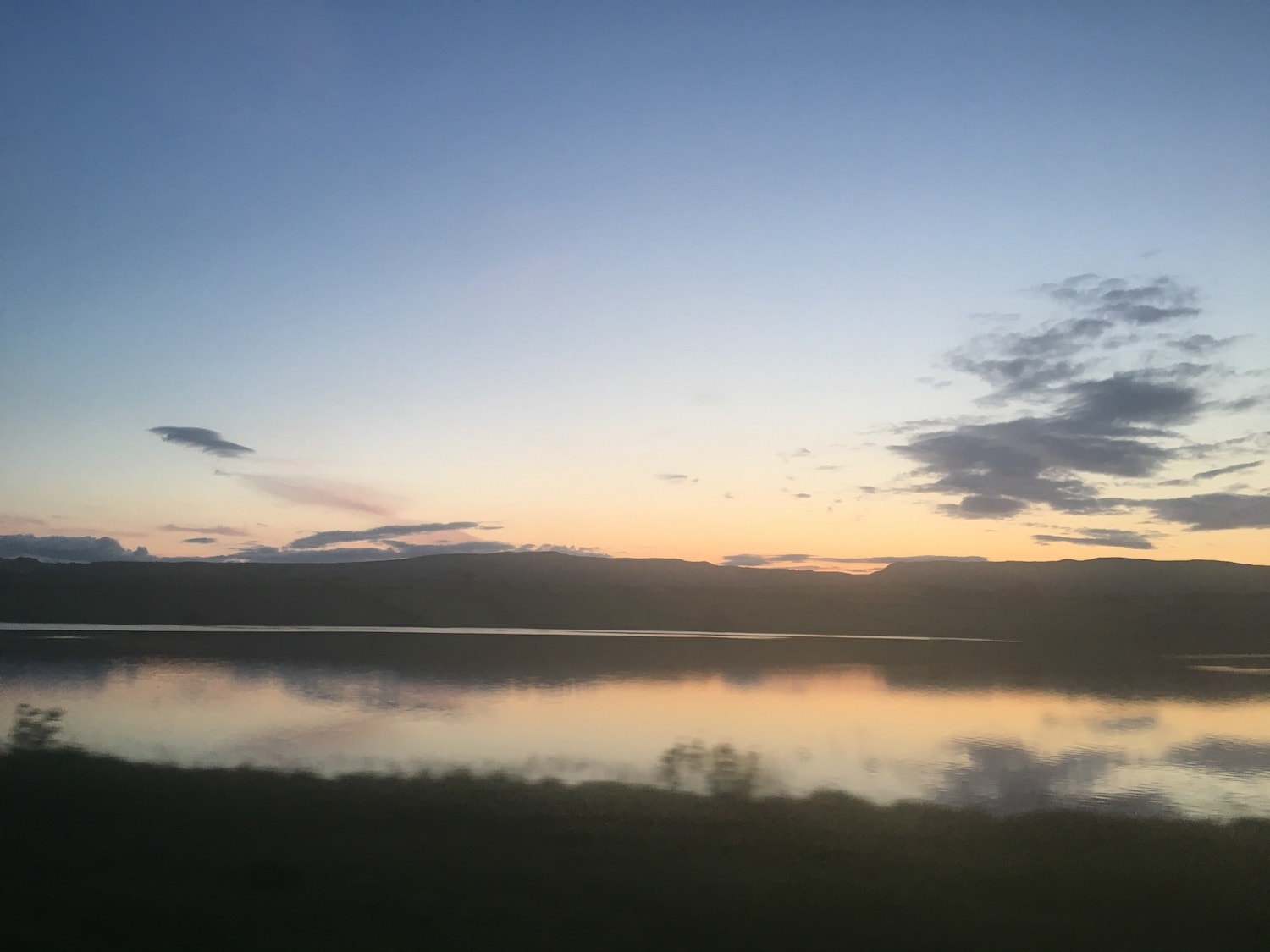 Kilbirnie Loch has contributed to the development of the local industry. Flax ponds were established along its banks to assist in the process of linen production for the mills. A rich coal seam runs under the loch and the Loch Riggs Colliery was established close by. The loch was also a dumping ground for the ‘hot waters’ and slag produced by Glengarnock Steel Works. Kilbirnie Loch is now a designated Local Nature Conservation Site (LNCS) and looked after by the Scottish Wildlife Trust. Surveys have identified rare or significant wildflower species in the vicinity of the loch.

The town was a social centre in the Garnock Valley through the 1950s and 1960s. The Walker Memorial Hall, dedicated to Dr Walker, one of the first physicians in the town, was the second most popular concert venue in Scotland after Glasgow’s Barrowlands, and where Gerry and the Pacemakers and Bill Haley played. The town had two cinemas, one of which was the spectacular Art Deco style Radio City, a purpose built concert venue inspired by a music hall in New York and designed by local architect James Houston. This building has now been carefully restored by the Radio City Association to create a busy ‘Healthy Living Centre’ for the town. Kilbirnie Main Street was designated as a Conservation Area in 2006. 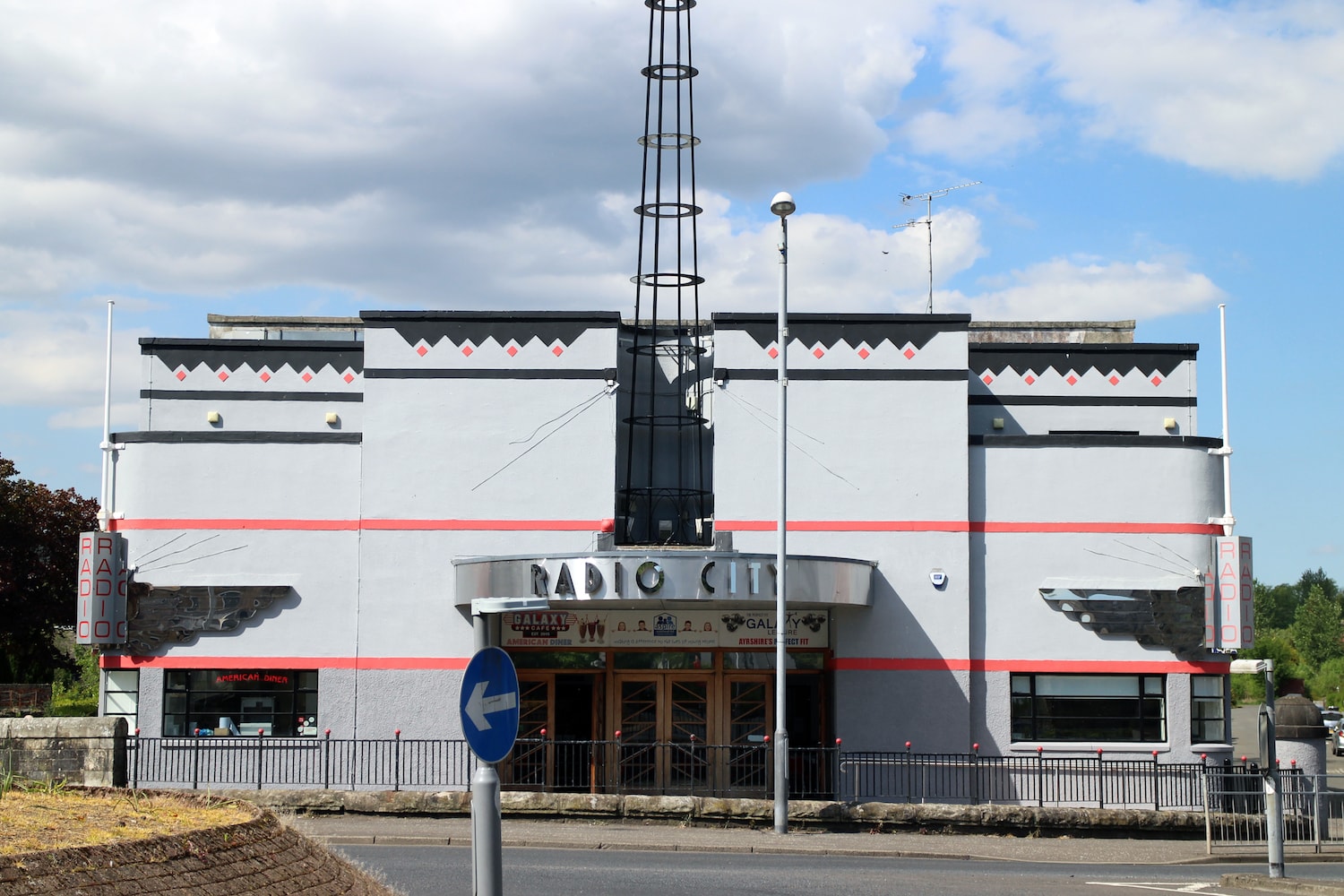 Radio City in Kilbirnie, photographed in 2019

The town of Kilbirnie stands on the brow of the River Garnock. Salmon generally arrive in the Garnock at the end of July, with the most productive part of the river being the stretch between Kilbirnie and Dalry. Upstream from Kilbirnie is the main water supply abstraction point on River Garnock. This river is set to continue to be part of shaping local industries with development plans in the future for a small-scale hydro scheme aiming to produce revenue for the community of the town.