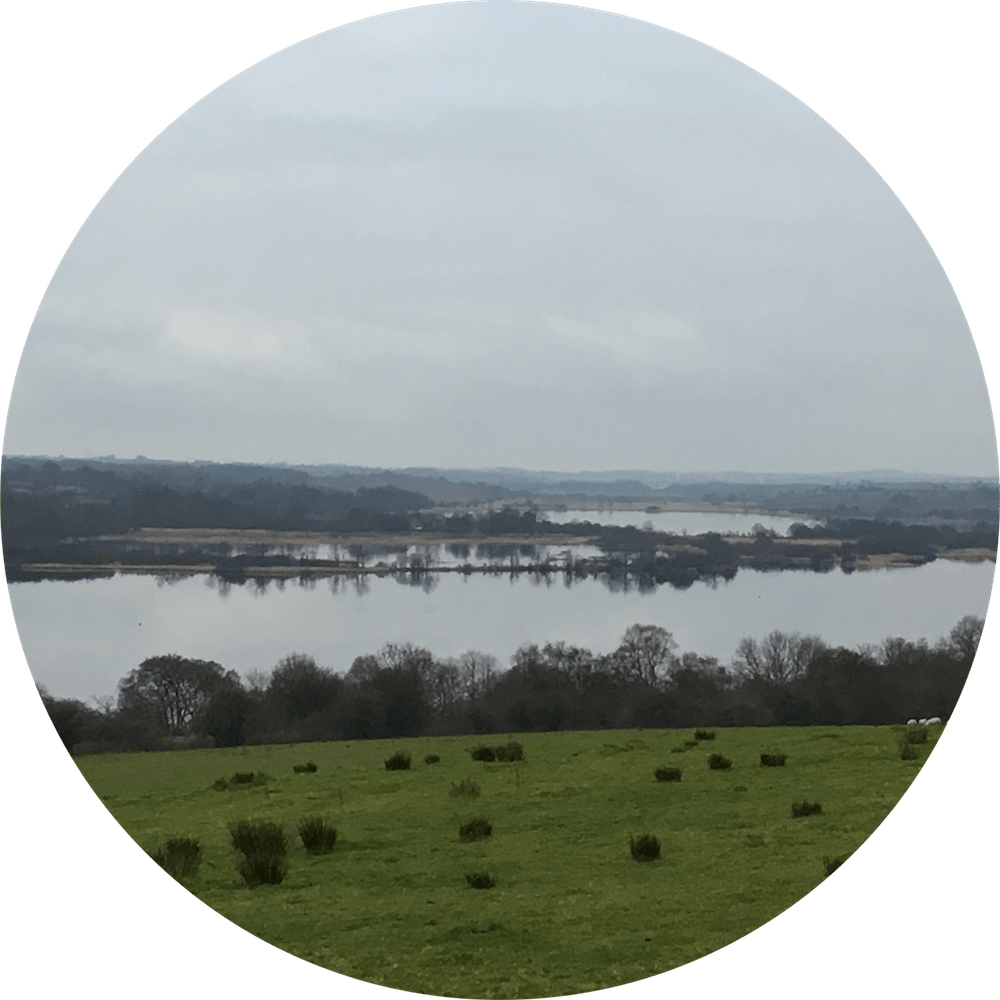 The Lochwinnoch area has been inhabited by people since the neolithic period of the Stone Age, with flint findings dating back to before 2300BCE. Further archaeological studies have evidenced the presence of people through the early and late Bronze Ages, Iron Ages and through the arrival of the Gaels around 400CE. The origins of Lochwinnoch itself is closely linked with Castle Semple.

Lochwinnoch was an important part of the monastic map, connecting with Kilwinning, Paisley and beyond. Its name comes from the nearby loch and that of St Winnan, who was believed to be in the area in the 500s and also gave Kilwinning its name. As a village, Lochwinnoch grew as a small agricultural community, served by an early church built by the monks of Paisley Abbey in 1200s. This was replaced by a second church in 1729 of which only a gable-end now remains, known as ‘Auld Simon’. 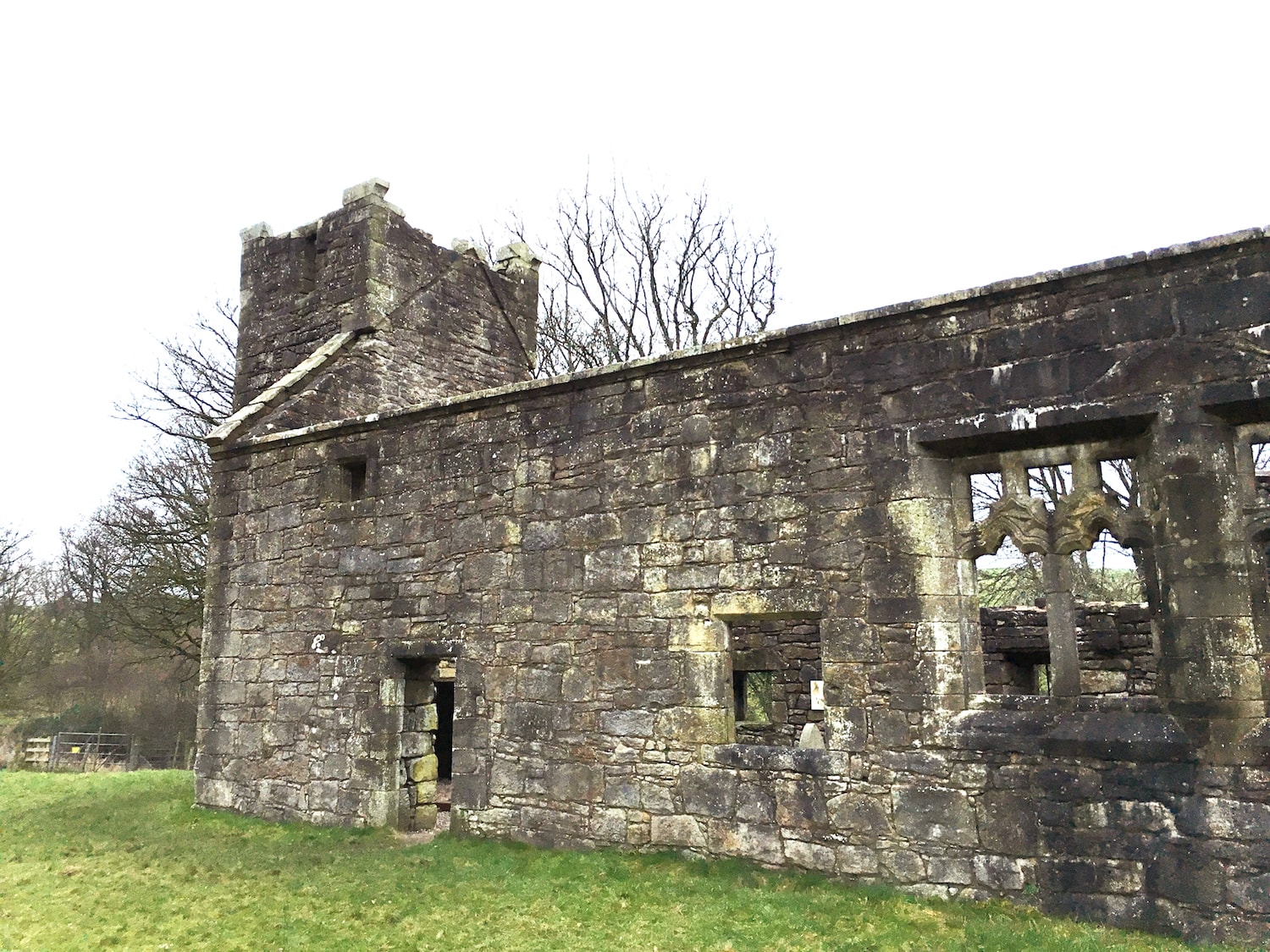 On the edge of the loch, Castle Semple Collegiate Church was built in 1505 by local landowner Lord Sempill (later spelled Semple). While now a ruin, much of the stone structure remains. The church was built close to Castle Semple at the head of the loch, which the same Lord Sempill renamed from Castletoun. It wasn’t the only castle in the vicinity of Lochwinnoch—to the south Barr Castle was built in the 15th century and altered in the 16th century. Its ruins remain a striking tall feature in the low-lying landscape. 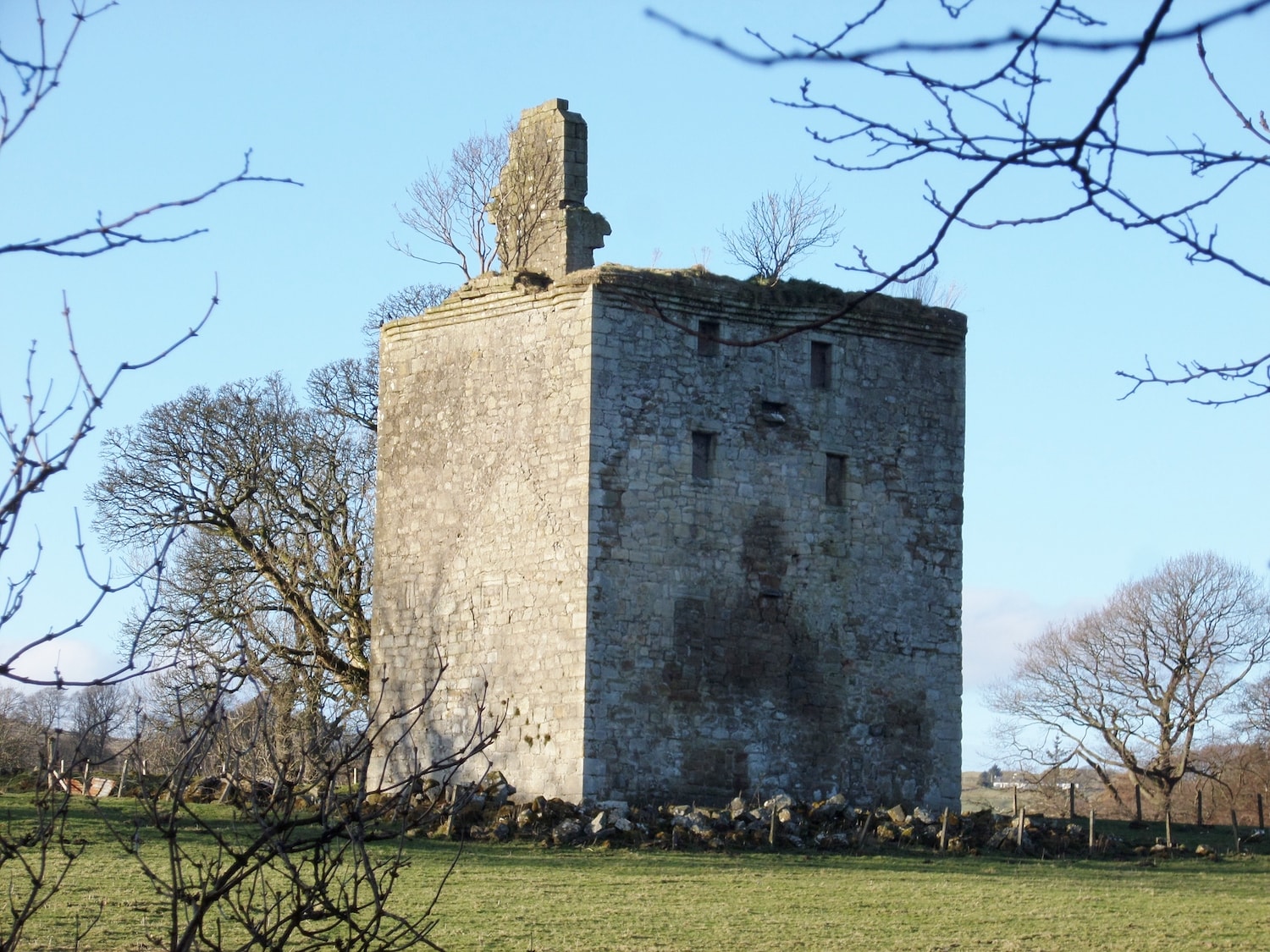 In 1727 the Semple Estate was purchased by the M’Dowall of Garthland family (also known as McDowall), whose wealth was increasing due to the ownership of sugar plantations in the Caribbean. During their tenure they replaced the castle with a grand Palladian-style mansion named Castle Semple House, and set this within extensive gardens on the estate. The mansion suffered a major fire in 1924 and was subsequently demolished. Parts of the grounds still remain as part of Castle Semple Country Park. This includes a striking 18th century octagonal tower overlooking the loch from Kenmuir Hill, known as the ‘Temple’, built as a hunting lodge that could be viewed from Castle Semple House.

One of the motivations of the M’Dowall purchase was to drain what was now known as ‘Castle Semple Loch’ to create fertile agricultural lands, this led to some dramatic transformations of the landscape. The first change is estimated to have taken place in the 1730s, it saw the outlet of Castle Semple Loch (Black Cart Water) deepened for two miles. A drainage channel was also cut through the Barr Loch. These interventions created Barr Meadow, Aird Meadow and Peel Meadow for hay cropping. In 1773 further work was undertaken on the existing and new channels in the Barr Meadow to improve waterflow to and through Castle Semple Loch. Castle Semple Loch was now a fifth of its original size.

In the 1800s, water levels were increased again in order to power new mills in the area, and a weir was introduced on the outflow of Castle Semple Loch close to Elliston burn to help control that. By the turn of the 20th century, a complex system of channels, bunds, sluices and weirs were controlling the natural routes of watercourses, which in turn required significant maintenance. The quality of reclaimed land had also deteriorated to the point that it was only used for rough grazing. This combination of factors meant that after significant flooding from the River Calder in 1946 Barr Loch returned once again. 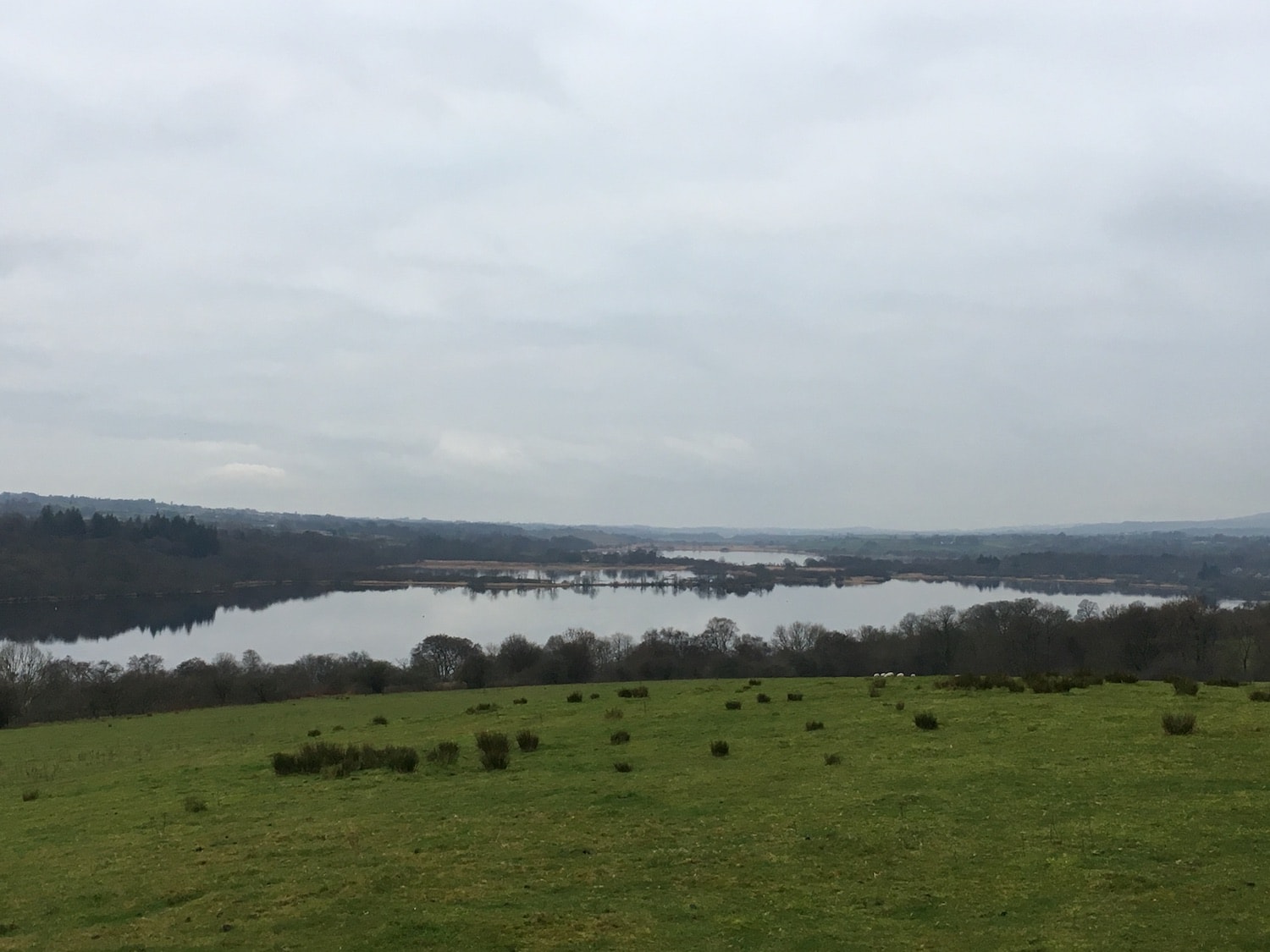 Looking south over Castle Semple Loch, the top of Barr Loch can also be seen towards the horizon

The River Calder, which flows through the village, enabled new industries to grow alongside farming in the early 1700s. A thread mill, cotton mill, linen bleachworks and lime works began to boost the local economy. These were followed by coal pits which brought additional fuel to power these mills. The MacDowell’s invested in expanding the provision of housing and amenities in the village of Lochwinnoch in order to grow a local labour force.

In the 1800s seams of the mineral Barite were discovered not far from the Hill of Stake and small-scale open cast mining began, leading also to the development of a grinding mill, employing people in Lochwinnoch. Production ran until 1969 and the mine workings now form part of the Muirshiel Visitor Centre.

Today Lochwinnoch is a popular visitor destination, with day-trippers from across the west of Scotland visiting the loch, Castle Semple Country Park and the RSPB Reserve (which sits between both lochs) to participate in watersports, outdoor recreation and engage with nature.

Barr Loch and Castle Semple Loch are notified as an SSSI due to their semi-natural eutrophic state. Eutrophic describes standing waters that are high in nutrients and supports dense plant populations, in-turn this provides an abundance of food for wildlife. Marshland vegetation of Aird Meadow (between the lochs) and surrounding woodland and willow carr areas provide nesting habitat for a wide range of breeding bird species including great crested grebe, teal, shoveler, tufted duck and water rail. Many of the historic drainage features mentioned still remain to this day, with them bringing challenges and limitations to how nature is managed and supported.